Eighteenth century newspaper accounts of solar eclipses are relatively rare and when they do show up they're usually just short blurbs about local circumstance details taken from the almanacs of the day. However, the brief notice printed in the Pennsylvania Gazette about the total eclipse of May 13, 1752, which ran through Spanish-controlled Mexico and Florida, is unusual. The notice was submitted to the paper by a T. Fox, a Philadelphia carpenter, who claims that the times published for the 50 percent partial eclipse in Philadelphia by Benjamin Franklin's Poor Richard's Almanack are incorrect and that he himself has calculated the correct times. And indeed, with the benefit of today's precise eclipse predictions, we can see that Franklin's times were off by about 15 minutes and Fox's times are just about perfect (although it's unclear why Fox's chart doesn't correspond to the correct times he references in his opening paragraph). Incidentally, the newspaper refers to the eclipse as occuring on May 2, not May 13, because Great Britain and her colonies wouldn't finally switch from the Julian calendar to today's Gregorian calendar for another four months.

The total eclipse of June 24, 1778, was the first of its kind for the newly independent, but still at war, United States of America. It first entered the continent in Spanish-, French-, and British-controlled land and then slid out into the Atlantic Ocean through Georgia, South Carolina, North Carolina, Virginia, and Maryland. New Bern, North Carolina, was close to the southern edge of the eclipse path and the North-Carolina Weekly Gazette printed this report of the event, noting that the weather was clear and that it was observed with "some surprise to the ignorant."

The total eclipse of June 16, 1806, entered North America from the Spanish-controlled Southwest, moved across the continent in a northeasterly direction, and crossed over parts of Pennsylvania, New York, Massachusetts, and several other New England states. Although the path of totality missed Washington, DC, the National Intelligencer published this account of the partial eclipse as seen from the young nation's capital, reporting that clouds spoiled most of the event for observers. The article goes on to say that many people were disappointed with the degree of darkness experienced during even a 90 percent partial eclipse (a common complaint heard even today!) and that the eclipse had been highly anticipated as a means to accurately determine the longitudes of various places in the U.S.

The total eclipse of November 30, 1834, swept down into the U.S. from western Canada and crossed over a wide swath of territories and states before exiting the country in South Carolina and Georgia. In Gettysburg, Pennsylvania, it was only an 88 percent partial eclipse, but it apparently made quite an impression on the author of an article that appeared in the Gettysburg Republican Banner on December 9. The writer dedicates nearly half of his column to reflections about the "triumphs of science over ignorance and superstition" and "how wonderful a proof is this of the uniformity of the laws of nature." Interestingly, he refers to "Herschel," which the planet Uranus was then known as. Finally, readers learn about the eclipse itself, which was observed locally in clear skies and, if the article can be believed, resulted in a remarkable drop in temperature of as much as 28 degrees!

The total eclipse of August 7, 1850, was an all-Hawaiian event, crossing no other land in its path across the Pacific. Although still a sovereign kingdom, by 1850 the islands were firmly under the influence of missionaries and businessmen from the U.S. and on August 10 the U.S.-owned Polynesian reported on the eclipse. A rainy sky threatened observation in Honolulu early on, but the clouds eventually cleared for an unobstructed view of the event. The writer concludes with a note regarding how some of the Hawaiians still believe that eclipses foretell the deaths of their chiefs and that something of a public education campaign had been initiated to help dispel these superstitions among the locals.

The total eclipse of July 28, 1851, crossed over Southeast Alaska before sweeping across British Canada and Greenland. Despite the fact that the path of totality never actually touched the United States (Alaska was still a Russian possession), newspapers still found the event noteworthy enough to cover, probably because the path eventually crossed over the Atlantic Ocean and entered parts of Europe. In New York, it was only a 17 percent partial eclipse, and on July 29 the New-York Daily Tribune took the opportunity to provide an overview of some of the upcoming eclipses for the next half-century. At the end of the article, readers are offered a handy eclipse calendar for the years 1824 to 1900.

In the midst of a divisive presidential election and with secession only five months away, America can be excused if it didn't show much enthusiasm for the total eclipse of July 18, 1860. It also didn't help that the path of totality traveled only through Oregon and Washington Territory. Still, many newspapers did publish short reports about the eclipse. This article from the Daily Exchange notes the scientific importance of the eclipse. Interestingly, the dates it references for other past and future eclipses are incorrect. It also incorrectly reports that the path of the 1860 eclipse would begin in Texas instead of off the coast of Oregon.

The total eclipse of August 7, 1869, was a highly anticipated event, entering the U.S. in Montana Territory and crossing over several large cities before exiting the country in North Carolina. The eclipse wasn't total in New York, but the New York Sun provided its readers with reports from various locations along the path of totality and a local account by a New Yorker who witnessed the 87 percent partial eclipse from Brooklyn Heights. The witness notes that the light diminished enough that the steam from the ships on the river appeared to darken from white to brown. The other reports are from Des Moines, Iowa, Wilmington, North Carolina, Springfield and Mattoon, Illinois, and a strange account of meteor showers during the eclipse from Shelbyville, Kentucky.

The total eclipse of July 29, 1878, was a bonanza for scientists and astronomers, with even Thomas Edison traveling west to observe it. On July 30, the New York Herald published this late-breaking telegraph dispatch from the path of totality in Wyoming Territory. It describes the various experiments carried out by members of several expedition teams and their speculations on the nature of the Sun's corona. Edison, after his temporary observatory almost blew down in a wind storm, was able to measure the heat of the corona and one professor even claimed he observed the hypothetical planet Vulcan between Mercury and the Sun.

By the time the total eclipse of January 11, 1880, entered the U.S. and traveled through California, Nevada, Utah Territory, and Wyoming Territory, its duration of totality had been reduced to no more than about 30 seconds and its path through the Wild West was only about 20 miles wide. Salt Lake City was the only major town along the path of totality but the eclipse apparently wasn't met with much enthusiasm. Many residents might have doubted their chances of witnessing anything spectacular due to the fact that the eclipse would occur right before sundown and would possibly be hidden behind nearby mountain peaks. It seems the Salt Lake Daily Herald didn't even assign anyone to cover the event, but it did publish a letter from a W.R. Frink who successfully viewed totality from an elevated vantage point.

The total eclipse of January 1, 1889, was notable in that it occurred on New Year's Day, the first time this had happened anywhere on Earth in almost 500 years and the last time it would for another 700. This was also another "Wild West" eclipse. The western states and territories were a good place to be for eclipse chasers in the second half of the 19th century; every total eclipse that occurred in the U.S. over those 50 years was visible from at least somewhere west of the Mississippi. The Daily Yellowstone Journal of Miles City, Montana, published this report about the eclipse on January 3. It describes how the eclipse appeared to a group of local observers and notes that the spectacle spooked a gathering of Cheyenne women who were passing through town.

After the total eclipse of May 28, 1900, swept across a wide swath of the southern U.S., it exited the country at Norfolk, Virginia. The next day, the eclipse was front-page news, with the Virginian-Pilot giving it a huge four-column headline. The newspaper reports that the eclipse was the "sight of a life-time" and President McKinley observed it from a ship anchored off Norfolk. As late as 1900, astronomers were still looking for the hypothetical planet Vulcan between Mercury and the Sun, but no possibilities were sighted during totality by the many scientists on hand.

Before 2017, the total eclipse of June 8, 1918, was the last to cross the U.S. from coast to coast. Although Topeka, Kansas, wasn't in the path of totality, other parts of Kansas were. This Topeka State Journal article notes that 90 percent of the Sun would be obscurred in most parts of the state and even mentions the year 2017 as the next time a total eclipse would occur over such a wide area of the country. 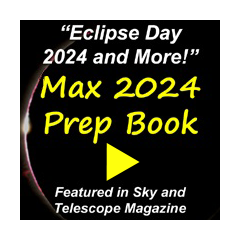 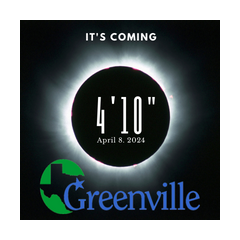 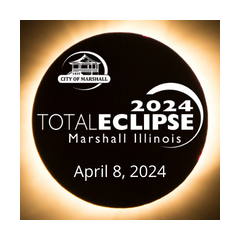 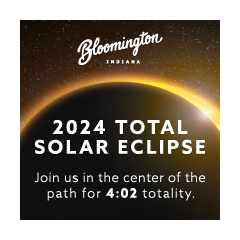